New here and wondering what this is? Welcome to Build Internet’s month in review. Once a month we go through and share some “behind the scenes” numbers and happenings from the previous month’s traffic.

We’re just one month away from the big one year anniversary. Especially because of recent “smashing” events, we’re extremely optimistic for how the next few months will go as far as the growth of Build Internet’s readership.

Numbers took a little dip over the past 30 days. We think this is because of slowed posting schedule from a surge of client work. Let’s take a look at the analytics from October 2009:

Overall numbers from this month were fair, but we expect the Smashing Network to cause major increases on all fronts starting this November.

We’re up to an average 1300 search results per weekday.

We hit 188 countries this month, and even managed to keep contact with one reader in Greenland! 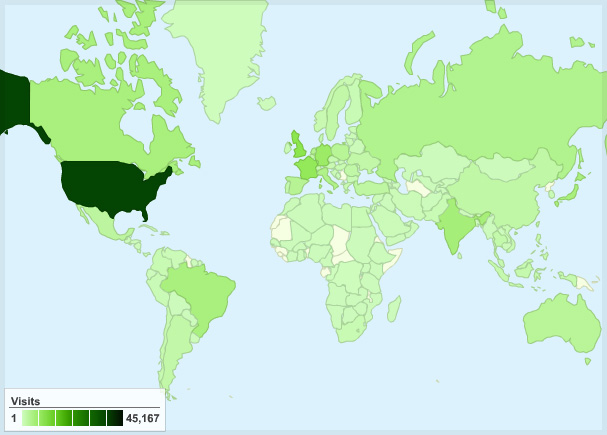 Interested in a more comprehensive overview? You can grab the full report below.

Steady climbs on all major rankings continued again this month:

Our most read posts during October 2009:

During the middle of the month, we received an email from Vitaly Friedman of Smashing Magazine. He invited Build Internet to join in on an upcoming project involving the redesign and redirection of Smashing Magazine. Typically when someone at the top of your niche invites you to do something — you’re more than happy to do it. This was no exception.

On October 31st, we were proud to be one of the initial 18 blogs accepted into the Smashing Network. We’re not the smallest site on the list, but we’re also sitting among some powerhouse names like Web Designer Depot, Six Revisions, and Noupe. Build Internet has a lot of catching up to do.

“How much traffic have you gotten from Smashing Magazine?”

This has been a question we’ve heard many times over the past week, so I’ll just lay it on the line here for everyone:

Smashing Magazine has increased our baseline traffic, but we still haven’t broken any records. Our current single traffic record day was about 30,000 on August 24th because of a feature in an article on (of all places) Smashing Magazine. As far as I can tell, it still seems like the best way to get traffic is by a feature in one of Smashing’s posts. I’ll let the numbers speak for themselves.

This is a screen of traffic on Build Internet since the Smashing Network launch. (October 31st to November 7th). 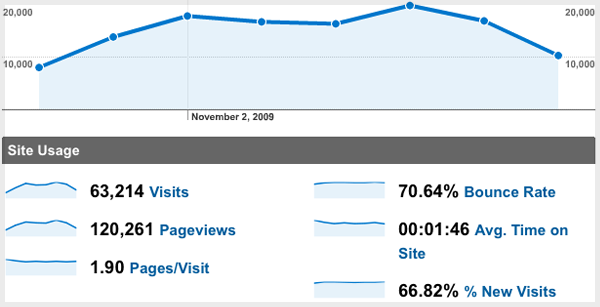 Looking for some new reading material to get those creative juices flowing? Below are three more sites well worth your attention in November 2009.

Ever felt like the tutorial you’re reading has some gaps missing? Posts on Tutorialzine don’t feel that way. I stumbled across this recent blog startup earlier this month, and I was hooked by the number of quality tutorials with downright useful results. (e.g. how to simulate the Google Wave history slider) I’m calling it now: Tutorialzine will be one of the big web design niche movers in 2010.

Web designers spend a lot of time staring at screens. It’s refreshing to find inspiration (or just plain interesting things) outside of the digital world. I’ve been a huge fan of interior design blogs for this very reason. Trendir is a home decorating blog that highlights fascinating design elements. At the very least, you’ll get some fresh inspiration for your workspace.

A few months ago, Steven Snell releases a series of themed galleries. TypeInspire is the one that focuses on great examples of typography. This isn’t just black and white text, but full typographic posts and layouts. Take a look — the world of type is brilliant.

As always if you have suggestions, article recommendation, or general feedback we would love to hear about it in the comments below. We’ll see you back here next month for our one year anniversary.