Build Internet 2009: The Year in Review

This time last year, Sam and I were excited to get the blog off and rolling. We started towards the very end of November, but December was the first full month in operation. Hard to believe that we’re already here a year later.

Build Internet was started as a way for Sam and I to share our passion for web design, but also as a way to build a community around learning the industry. In today’s world, web designers have to be some of the most multi-talented people out there. It’s a careful combination of business, networking, and web trends that keeps the internet rolling.

We’ve tried to keep the blog’s first year growth transparent with our monthly reviews, and the results leave us plenty to be thankful for. Build Internet has continued a steady climb in both numbers and involvement the entire year. Just this past month we breached 8K RSS subscribers for the first time, and 2010 will hopefully bring an even larger community to the site. Which kind of community we build is entirely up to the readers.

I liked how Walter did his one year post at WDD, so we’ll take some inspiration for this next part:

Evolution of a Theme

The design you’re looking at today is the result of a long road of revisions. This screenshot below is a first draft of Build Internet’s initial theme: 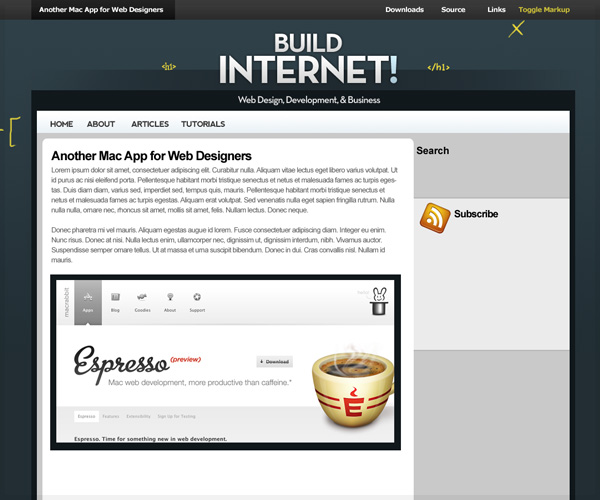 After launching with a version similar to the gray and green shot above, Sam revised it with a slightly more colorful logo and redesign. This design took a bland theme and added some design flair. 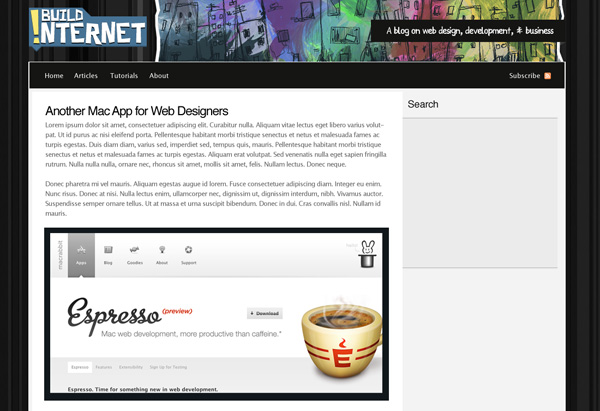 In March 2009, the third (and current) major revision went live. The design and thought process was outlined in an announcement post. 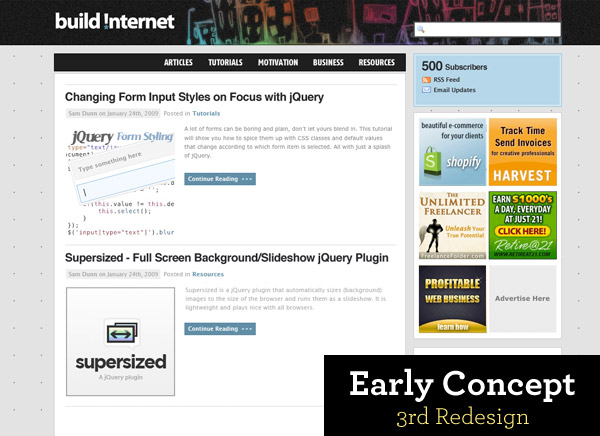 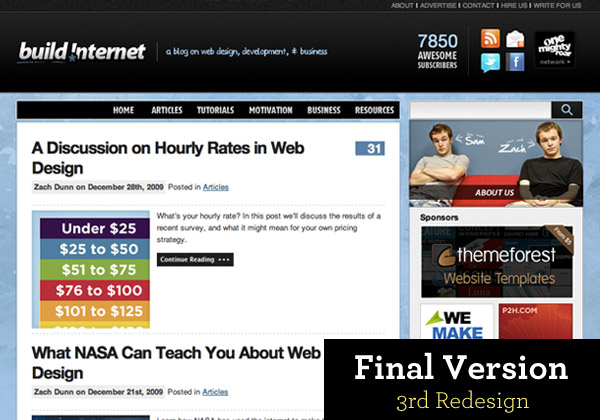 The next revision will address a problem with the current trend of blog layouts. Not all posts are created equal. In most modern design blogs, all posts created are automatically listed chronologically in one column. This sends a message to the reader that “All of this is the same”. There is no real way to post “secondary” content (e.g. inspiration, round-ups) without polluting the content-heavy posts.

Due to recent controversy about substance in the design community, we’re re-evaluating some of our regular content. We’ve put giveaways and contests (for the most part) on hold indefinitely. Build Internet’s next design will try to fix this, and open up possibilities for a wider variety of posts without alienating certain readers.

The Year in Traffic

The long tail of blogging held true for Build Internet this year. With almost 200 posts available, the average traffic per day continued to rise. Dips occurred over holidays and weekends. The chart below is our week-to-week pageview analysis. 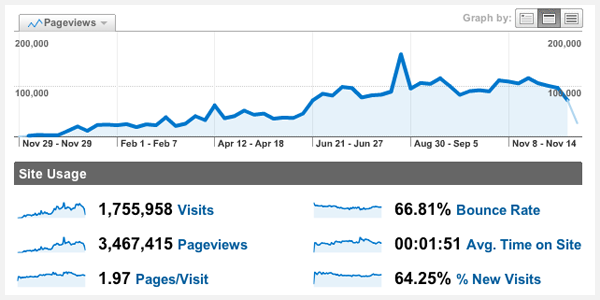 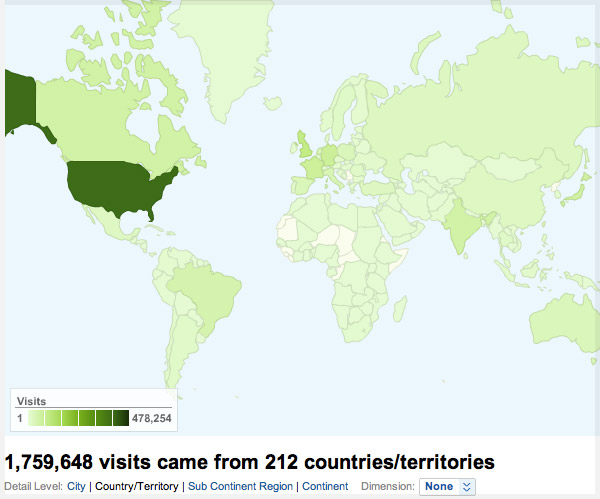 Sam and I have had a great opening year in blogging, and we couldn’t be more excited to get rolling in 2010. One thing we’re already planning to implement is an increase in guest posts, including options for actual pay. We’re convinced that the key to building any successful community is participation, and with the amount that we’ve learned from our readers this year is astounding. You’re bright people, and we’d love to see you share it in a post or two.

Have any advice or recommendations for our 2010 plans? Please let us know how we can serve the web design community better in the comments below.