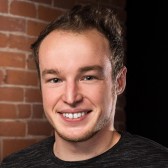 We want to create a layout with two columns, each a different color, yet have both colors extend the the edge of the browser.

If you would like to see an example of this, check out One Mighty Roar – try resizing your browser and notice that neither color stops short of the window edge. 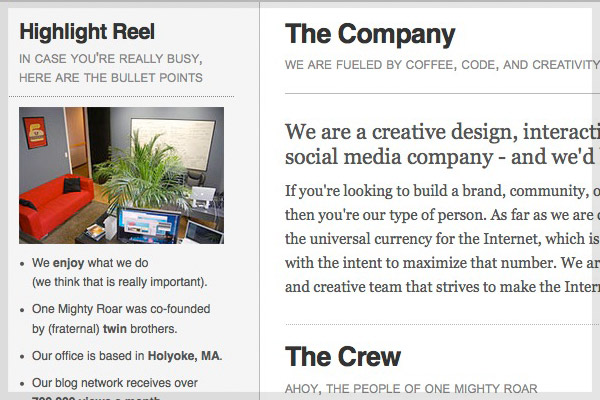 Note: This is a technique intended for people that want a multi-colored column fixed width (eg. 960px) layout. You would likely use different techniques for a completely fluid layout.

The secret behind this technique is an 3000 pixel width background image (don’t worry about file size – it’s only 360 bytes).

This image will be the background of the element that contains our two columns. Since it extends beyond even a 30″ resolution (2560 pixels wide), it will effectively fill in the gaps in color between the edges of our two columns and the edge of the browser window.

In order to keep this as flexible as possible, we will make the image the background of a div, rather than the body. This will allow you to add a banner and footer, without sacrificing the ability to change the background color.

Here are the bullet points of what will happen:

Note: When you plug in content you can remove the fixed heights in #sidebar and #main-column.

EDIT: Thanks to David for pointing out that Dan Cederholm published a similar tutorial back in 2004, using this technique to do columns vertically.