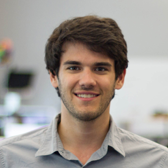 Developer at One Mighty Roar. He also is a hardware tinkerer, coffee-lover, and professional Dota 2 player.

The Internet of Conference Tables

How we turned our conference table into an interactive light show and people detector via a RESTful API.

At One Mighty Roar, we’ve spent a lot of time thinking about how to tackle physical and digital overlap. After creating a textable office sign, a logical next step was to tackle our conference table. We wanted to bring conference furniture to the next level — and to do that, we were going to need lights, proximity sensors, and a “can do” attitude.

To spruce up our meetings we wanted a table that not only was classy but served as a memento for our office. We wanted a table that knows if someone is present, is easily accessible over the web, and can show off its lights and hydraulic lift on command. This table would be one of the first stepping stones towards our hackable office.

With a surface composed of sweet American walnut and was crafted by our friends at Erik Rueda Design Lab. It’s no surprise that our team was huddled in the conference room for an hour admiring the view (we also suddenly became very strict about our drink coasters rule).

Just like most tables in existence, ours has four legs as support, but these aren’t just any normal table stands. If you take a closer look, we found that our logo actually serves as a great reinforcement for table tops.

On top of all of that, our table also comes equipped with some LED housing that runs through the center and around the bottom of the surface. The lights we chose were Adafruit’s WS2801 LEDs so we could easily slap on an Arduino and start programming away.

Finally, the centerpiece is not just a placeholder for our logo, it serves a much greater purpose:

A hydraulic engine lifts up the piece to expose a collection of outlets and Ethernet jacks for laptops and alike to receive some juice. A small switch at the bottom of the table controls the centerpiece vertically, so hopefully we’ll install some sensors to ensure a power cable (or a hand for that matter) will never get crushed in the process.

After some brainstorming and coffee-sipping, I found some downtime during the week to hack away at this side project. Since we already had an awesome setup for our sign, I began to adapt and expand this codebase for the conference table.

To get started, I gathered up some supplies:

For libraries we used:

As a quick proof-of-concept, we had previously implemented a RESTful API for our office’s sign, using Webduino.

Once the “tableduino” API library was banged out, the setup was as simple as attaching the Arduino Ethernet shield and wiring the Ultrasonic sensor to the board. We gave the Arduino some power and an Ethernet hookup then started to fire away some API calls.

Here are some of our requests and results!

Making cURL requests or using Postman to hit these endpoints is nice and all, but co-worker Trevor Suarez also created a web GUI to easily interact with the sign and the table using your phone. In the coming weeks we plan on expanding this app for all of our office devices. 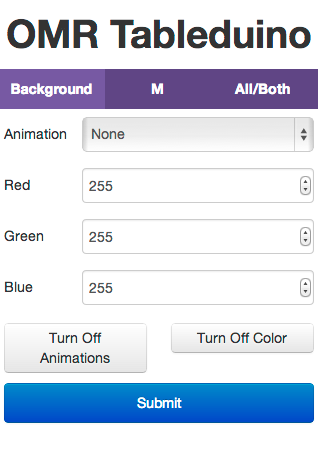 You can grab the code for the table from the GitHub repo here.

What we have so far is only the beginning of what we want to accomplish with our office devices. Down the road we want our API to control the table’s hydraulic motor, halt the engine if an object is detected before closing, and change LED color as more individuals sit at the table.

These are only a few of the possibilities we could think of for the time being. We’re sure as more people play with our table (and possibly hack themselves) in the next few months, there will be more ideas than we’ll know what to do with.